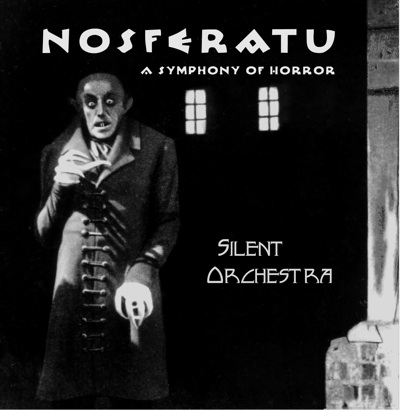 Choosing a symphonic sample library used to be so much easier.  Dedicated hardware samplers from the likes of Roland, Yamaha, Kurzweil, EMU and Akai once ruled the studio and stage and sample libraries were designed around limitations of the hardware — memory and processor speed being the chief constraints. Price and sound quality were the key discriminators.

The sound quality expectations are higher than ever but another battle ground has risen around the software features of disk-based streaming sample players. Vienna Symphonic Library (VSL), GmbH, based in Vienna, Austria and distributed in the US by ILIO, is one of the leading contenders in this market. VSL was one of the first to build a controlled recording environment has developed a proprietary, real-time performance control mechanism compatible with four major sample players covering Windows and Mac.

Our look at the Horizon Series began in the October 2005 issue with a review of the Opus 1&2 Orchestra bundle, a selection of strings, brass, woodwinds and percussion instruments. In this review, we uncover the Solo Strings, Chamber Strings, Woodwind Ensembles, Epic Horns and French Oboe. 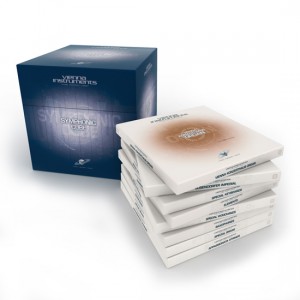 Some of the Horizon products include samples from the Pro Edition while others are completely new. For the most part, these are single-note instrument samples rather than phrases. All Horizon products covered in this review are 16-bit/44.1kHz stereo. VSL claims an average of 95 dB signal-to-noise ratio. (See the Opus 1& 2 review for more recording details.)

Solo Strings includes 50,000 samples requiring about 29GB of hard drive space and ships on five DVD-ROMs. It includes samples from the Pro Edition and new samples. Each instrument, violin, viola, cello and double bass, is represented in a number of articulations. There are more articulations for violin than the others but all include: short notes, staccato détaché, long notes (with and without vibrato), dynamics, tremolo, trills, pizzicato, Bartok pizzicato, col legno, performance-legatos and repetitions.

All reviewed sets include the samples (taking most of the disk space) and the EXS24 and Giga instrument programs on the DVD-ROMS. HALion and Kontakt instruments can be downloaded from the VSL website after registration.  Updates to Instruments and samples and the performance tool can be downloaded by registered users.

The performance tool, which is included with all of the products in this review, supports smoothly connected legato playing and key switched articulation selection for on-the-fly substitution of samples.  For example, users can switch between various short notes, staccato, long notes or pizzicato samples while playing in a single phrase.

The samples were loaded on an OWC Mercury Elite FireWire 400/800 enclosure, which I attached to the G4 at FW400 speed. I later acquired a Quad G5 Mac running OS 10.4 “Tiger” with 4GB RAM and attached the OWC drive using its FireWire 800 port.

A few years ago, my group, Silent Orchestra, recorded a surround score for the Image Entertainment DVD of the silent vampire classic, Nosferatu. Most of my symphonic sounds came from a Kurzweil PC88 keyboard and two Akai S2000 samplers with the Miroslav Vitous mini set, Roland Strings and the Peter Siedlaczek Advanced Orchestra.

I’m fond of the Akai samples I used but the S2000’s 32MB memory and the limited real-time performance controls are a hindrance to realism. Instead of simply remixing and editing the score for CD, I decided to see just how much better the strings, woodwinds and brass could sound using the new VSL products.

Our score uses a solo cello melody as a leit motif for the vampire. I found the edge I wanted in the forte performance-legato cello from the Solo Strings collection. The automatic features of the VSL performance tool made it effortless to create an animated part with smoothly connected notes and subtle slurs.

The VSL products are not a panacea. Effective realization of symphonic arrangements requires an understanding of each instrument in the orchestra and a willingness to explore the capabilities of the product. A combination of articulations (varying the note length and dynamics) help create a more realistic performance. Since the VSL samples were recorded dry, you can create any acoustic environment you can imagine through EQ, panning and reverb.

One section of our score features woodwinds. I used Opus 1’s solo flute with the Woodwind Ensemble clarinets, oboes and bassoons for the accompaniment. I put a very quiet Epic Horn part in the upper register to add weight to the high parts while the bassoon section held down the low end. The blend was sonorous and so convincing, that Rich O’Meara, co-writer of the score commented, “it sounds like a real orchestra.”

VSL products have potential in non-symphonic settings. For example, I was hired to write solo cello and violin parts for an alternative rock recording. The parts were to eventually be recorded with a cellist and violinist. Plans changed when they heard my mock-ups using the Horizon Solo Strings. Time and money may have been factors but I like to think it was the striking quality of the samples and the convincing performance-legato programs.

I decided to try the Chamber Strings in an arrangement for another rock band, Red Racer. One piece called for an aggressive part based on a guitar riff.  A solo cello wouldn’t have had the impact I was looking for. The détaché celli in the Chamber Strings set had just the right combination of attack and weight.

The “French style” English Horn and the French Oboe — both are from the French Oboe set — are the most evocative woodwind samples I’ve ever played.  In this pop setting, the English horn added a stately quality but it would be equally at home in a world music arrangement or a moody film score.

The guys gave me complete freedom to experiment so I put the “French” English Horn, Chamber violins, violas and celli and a soaring Epic Horn solo on one track. The Epic Horns are majestic, powerful and inspiring while the English Horn and strings are seductive and enveloping. It feels like a hit.

VSL’s studio team has done a great job of capturing the instrument sounds.  The extended frequency response is generally a huge advantage. The winds and horns are detailed and airy. The strings are bright and crisp. The horns are commanding.

All VSL samples are recorded in a “silent stage” with standard articulations making for a very compatible sound across all Horizon products. Some performance features are very straight forward, For example, programs using the mod wheel to cross fade between dynamics are very easy to use. The performance tool features is very effective but some features require a bit of study. Most of my problems resulted from running too many EXS24 tracks on my G4 and maxing the 1.5GB of RAM. I had no problems on the Quad G5 with 4GB of RAM and the FireWire 800 interface.

There is plenty of depth in the articulations but I’d like to see more atonal effects — perhaps a single product incorporating spooky and amusing strings, brass and woodwinds. The alternate English horn and oboe are fantastic but more alternative instruments would be welcome. Wouldn’t it be nice to have another identically recorded solo violin for duets? How about a rock or jazz flute?

These Horizon products score high marks in sound quality and ease of use. They are expertly recorded, beautifully played and offer exciting ways of creating realistic performances. You’ll want a fast G4 or a G5 with plenty of memory if you plan on sequencing many tracks. A fast drive is also recommended.

The recent price reductions have created a bargain situation for all but the Chamber Strings, which is priced closer to Opus 1 Orchestra than the other Horizon products. Chamber Strings is still worth the asking price, it’s just not the bargain that the others are. Solo Strings is a steal.

VSL offers discounts on certain 24-bit Vienna Instruments for owners of First Edition and Pro Edition products and some related Horizon products. See the discount calculator on the VSL web site for specifics.

Whether you are scoring for stage, TV, film or pop arrangements, these VSL Horizon products are a fabulous resource and highly recommended.